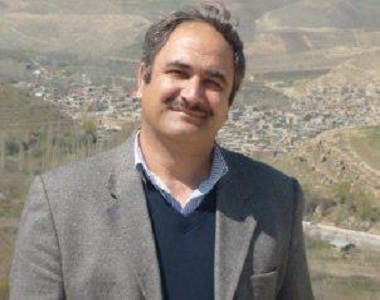 HRANA News Agency – The funeral and burial of Shahrokh Zamani, a labor activist who died in Rajai Shahr Prison on 13th September, was held in the cemetery of Vadi Rahmat in Tabriz, and the video below shows a part of the event.

According to the report of Human Rights Activists News Agency in Iran (HRANA), the funeral and burial of Shahrokh Zamani, a labor activist and painter who died in Rajai Shahr prison on 13th September, was held in the cemetery of Vadi Rahmat in Tabriz, and his body was buried next to his mother’s grave in this cemetery.

It is told that the security forces were present in this event, but the burial was held without a problem.

Also the daughter of this late labor activist, in connection with the death of his father and the autopsy, told HRANA’s reporter: “Yesterday in the city of Karaj and in the office of forensic of Bibi Sakineh cemetery of this city, autopsy was done and due to sending the samples for toxicology tests, the result will be determined within the next one month”. Nina Zamani also added; “the reason of taking such a long time is the test that should be done on samples of my father’s body.”

Shahrokh Zamani, imprisoned worker in Rajai Shahr prison, in the fifth year of his life in prison, without any leave, died in the time between, morning until noon on Sunday, because of a stroke.

On 27th May 2012, he was illegally and without any warrant, transferred on handcuffs and shackles from Tabriz prison to the prison of Yazd. He then was returned to Tabriz again on 7thAugust and finally on 23 September he was transferred to Rajai Shahr prison, in Karaj.