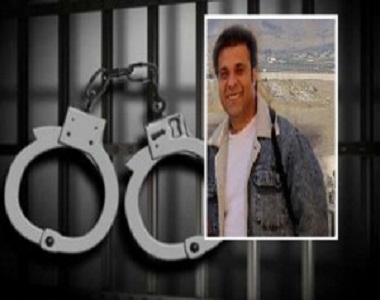 According to the report of Human Rights Activists News Agency in Iran (HRANA), Amirnozar Nouripour imprisoned in Evin prison, was released on a furlough which will lead to the end of his sentence.

Amirnozar Nouripour, one of the defendants who had cooperated with a satire Facebook page was arrested in May 2012 and went to prison with the sentence of 10 years in prison in 2014. His sentence was upheld by the Appeals Court but following the implementation of the integration of laws, his sentence was reduced to two years and six months in prison.

Amirnozar Nouripour, Hamid Khoshseir, Soheil Babadi, Yaser Hamidi, Kourosh (Mohammad) Nasiri along with several other Iranians were arrested in a joint operation of Intelligence Ministry and IRGC in May 2012 with the charge of involvement in “The Campaign to Remind Shiites about Imam Naghi”.

Amirnozar Nouripour was detained for 75 days in ward 2-A of Evin prison and temporarily released on the bail of 3000 million IRR.

Branch 28 of the Islamic Revolutionary Court presided over by Judge Mohammad Moghiseh sentenced him to ten years in prison on charge of “insulting the sanctities” and “gathering and colluding to commit a crime against the national security” after he sent a satirical poem to the Campaign’s Facebook page.

Branch 54 of the Islamic Revolutionary Court confirmed the verdict; however, based on article 134 of the new Islamic Penal Code, the court integrated his verdict and granted general amnesty to him, consequently his sentence was reduced to two years and six months.

Amirnozar Nouripour went to prison to serve his term in April 2014. He spent one year and six months in poor conditions of ward 8 and suffered from infectious diseases during that term.