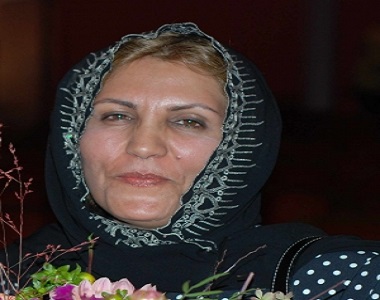 According to the report of Human Rights Activists News Agency (HRANA), one year in prison and five years country departing interdiction sentence of Masumeh Dehghan, the retired teacher and the wife of Abdolfattah Soltani, has been confirmed, in the branch 54 of Theran appeal court.

The daughter of Abdolfattah Soltani said to HRANA’s reporter: “This sentence had been announced by trial court and was confirmed by the appeal court few months ago. But, due to deferment of attorneys, of referral to court, we find out the sentence confirmation recently.”

“My mother’s allegation was illicit acquisition of wealth, by collecting Nuremberg human right prize. This was the same charge as my father’s, on which he had already been sentenced to two years in jail. This charge was imputed by official authorities for collecting Nuremberg human right prize, in lieu of my father”. She said about her mother’s charges.

“After arrival from Germany, and before my father’s arrest, my mother had been arrest for this allegation and spent 6 days in solitary confinement. Finally, trial court’s sentence was one year in prison which could be suspended for 5 years, and 5 years exit prohibition from the country”. She continued.