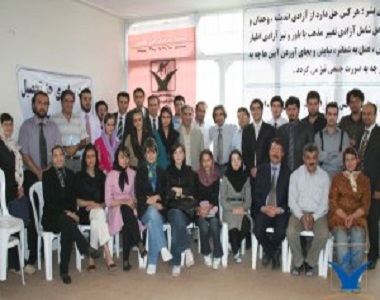 Peace Line Monthly / Kayvan Sadaghzadeh Milani – In  August of 1980, the first national spiritual assembly of the Baha’is of Iran and two colleagues were arrested and taken to a secret location by the undercover agents and then were executed. No news about the arrests, harassment and subsequent execution of the Baha’i community manager was published and credible and verified news was leaked and the details of the event remained veiled and hidden in the security layers of the Islamic Republic of Iran. The author’s father, Doctor Kambiz Sadeghzadeh Millani, who was then 42 years old, was a member of that assembly and I was 13 years old. More than two hundred other Baha’i citizens, plus these citizens were executed in Iran in the first decade after the revolution. The main point of this article is that, in addition to the execution of Baha’is in the country (solely because of their religious beliefs), another prominent cases of human rights violations were imposed on this group of Iranians which was firing them from all positions of government and public sector, dismissal of all students, professors and Baha’i educators, interrupting the pensions, and long prison terms.

“Human Rights Activists in Iran”, was the first human rights group that published news about the violations of human rights of the Baha’is in Iran. The history of Activists is clear and disclosed to all readers; a group of student activists were in prison because of of civic efforts and activities and suffered heavy cost unjustly because of these activities. They decided to start the specialized human rights activity in Iran, of course informing is the key of success in this regard. The executive decision of sets about reporting the human rights violations against the Baha’is and Kurdish citizens are different but deconstructive and important. Reporting in an obviously correct way and without prejudices about the human rights of Baha’is and violations of civil rights and citizenship of Baha’is was unprecedented and a new activity. This type of activity required the creation of a new generation of Iranians who reflect the human rights news regardless of former concerns and the poisonous atmosphere against the Baha’is. Human Rights Activists in Iran, due to the deconstructive condition in Iran incurred heavy costs and a lot of false accusations and media propaganda was imposed against this group of free-spirited youth which was due to addressing the civil rights of Baha’is which sparked anger and hatred of the security forces. Posterity Iran will carry out systematic and liability research about the growth and crystallization of the efforts of the sets in order to reflect the news of the human rights of Baha’is in Iran. Such a research is not suitable for publication currently because of the security environment in Iran; what deserves attention is that this type of activity required the rise of a new generation of Iranians. That generation who had driven the prejudice against another and rejection of the dissident out of their minds. Correct analysis of the activities in the field of rights of the Baha’is requires mentioning the important efforts of those who have been deprived of education. This important activity of sets found several dimensions in the critical moment in the Committee to Defend the Right of Education and this article could not introduce all these dimensions but the sessions about the right to education were established in various cities by the presence of different range of deprived-of-education and civil society activists expresses the depth of human rights violations in this case. The significant activity of this part of sets that decided and acted regardless of the religious beliefs, expressed the growth of culture of human rights activists towards a healthy way to bring up the  violation of citizens’ rights and solidarity in a group work.

Human Rights Activists in Iran, continues its positive and important activity with all the hardships and difficulties and tight security crackdown against them and it deserves the attention and appreciation of all Iranians. Now different human rights groups on different levels publish human rights news and all these deserve attention and appreciation of civil society and all Iranians, however the initial core of this important movement in Iran and outside Iran, for this action and awareness incurred heavy costs for themselves and their families. Some of these loved ones have been displaced from their homes and went to other places, a group in Iran have been sentenced to and long-term prisons while being completely innocent, and others who died in this regard, all the loved ones will abide in the history of the enlightenment and the establishment of a culture of human rights in Iran.