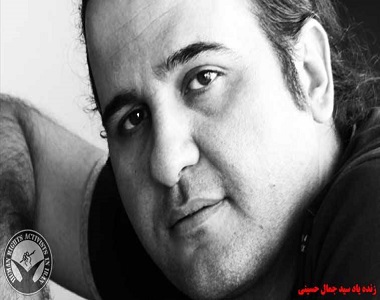 On the evening of August 4th 2014, Seyed Jamal Hosseini was at his desk in his small apartment in Turkey. Living in exile as a refugee Jamal spent long solitary days in front of his computer, directing an underground network of human rights activists in Iran. His tireless efforts earned him respect among Iranians everywhere while making him a target of the authorities in Iran. Jamal never left his desk that night, and his lifeless body was discovered by police the next day.

As the world focuses on the impact of a nuclear deal with Iran, little attention is paid to the situation of Iranian dissidents and human rights activists. The Iranian regime leads the world in per capita executions, and has one of the worst human rights records in the world. It also has a long standing policy of using extrajudicial killings to silence dissidents.

As the editor in chief of Human Rights Activist News Agency (HRANA) and the co-founder of Human Rights Activists in Iran (HRAI) Jamal knew he was a vulnerable target. His attempts at disguising his identity may not have been enough to save him. The circumstances surrounding Jamal’s death remain unclear, but some in the Iranian community believe he may have been targeted by the regime in Iran.

I considered Jamal a friend and a colleague. I first came in contact with him in the summer of 2013, as we exchanged ideas and news. He told me his name was Nader Bazargan (one of many pseudonyms he used) and that he was a member of HRAI living here in the United States. It was Jamal who helped me publish an article on child labor in Iran in HRAI’s Peace Line Magazine.

When I heard a report about the death of HRANA’s editor I called the man who I had come to know as Nader, only to learn that “Nader” and Jamal Hosseini were the same person. The news left me in shock.

Jamal’s style and manner of work separates him from many other activists. He did not seek to promote himself or gain power, he was neither after either money or praise. In his only interview, he maintained that he was not partisan and that he has always viewed human rights independently of his political views. Jamal maintained that with “empty hands but deep beliefs” he would continue the struggle for human rights along with those inside and outside of the country.

Jamal lost his father at a young age and as a result  adopted a particular sense of responsibility and independence. His uncle was one of the many thousands of activists executed by the Iranian regime in the massacre of political prisoners in 1988 and this profound loss would serve as a reference point throughout the remainder of Jamal’s life.

From a young age, Jamal was a revolutionary.  He was part of the first generation of Iranians to utilize the internet as a political tool and penned numerous blogs sharply critical of the regime. At night he distributed dissident literature at night in the city of Zanjan, and was part of Iran’s student protest movements, activities which eventually led to his brief imprisonment.

In 2005, the Ministry of Intelligence and Security (MOIS) identified his blogs and raided his home while he was away. At the age of 24, Jamal knew his time in Iran had come to an end and he made arrangements to leave to Turkey.  Jamal left behind his home, his family and the only life he knew for a future of uncertainty and solitude. Despite his physical exodus from Iran, Jamal’s mind and spirit never left the country remaining focused on the human rights situation in Iran right up until his final days.

Life in Exile and the Birth of HRAI

In the small Turkish town of Van, Jamal found a modest dwelling and a simple computer in order to continue his work. Despite his limited resources, he soon formed a number of committees in support of political prisoners and spearheaded campaigns to highlight the cases of dissidents on death row.

In 2006, Jamal and Keyvan Rafiee co-founded Human Rights Activists in Iran (HRAI), which included the Human Rights Activist News Agency (HRANA). Jamal served as an important bridge between underground activists in Iran, and the global community of human rights activists. Through this vast network of activists, HRAI grew to one of the most respected and reliable organizations for human rights news from Iran.

Jamal was instrumental in the operation of HRAI. His duties ranged from technical and administrative work, to writing, reporting and translating. He studied law, journalism, statistics, publishing and public relations in a tireless effort to improve himself and his work.  Rafiee witnessed much of Jamal’s hard work.  “Every day and for years, Jamal gave his all to fight discrimination and injustice for the most disadvantaged groups and persons of Iranian society.”

Jamal insisted in advocating for all Iranians, regardless of differences in their backgrounds or ideological beliefs. “Jamal’s most notable legacy is ‘human rights for all’, which was demonstrated through his work for all sectors, religions and ethnic groups in Iran,” says Rafiee.

HRAI’s rapid growth coincided with massive protests in Iran, which broke out following the presidential election of 2009. HRANA reports were instrumental in providing human rights news during the uprising.

The regime in Iran struck back in 2010 with a systematic and widespread attack against HRAI and its members. It rounded up HRAI activists in Iran and engaged in the character assassination of both its founders. The blow dealt to HRAI’s budding operation was devastating as it was forced to move its network and infrastructure outside of Iran.

The Failure of UNHCR

Jamal was the subject of numerous direct threats by the Iranian government. Beginning in 2007, he received anonymous phone calls that later escalated to warnings from Turkish intelligence by 2010. In 2012, Turkish intelligence contacted HRAI and informed them that an Iranian man had turned himself in claiming that he was sent from Iran with orders to assassinate HRAI activists including Jamal.

It was these security concerns that forced Jamal to relocate from the city of Van, which was three hours from the Iranian border, to the city of Nevshehir in Western Turkey.

Jamal, who normally had a roommate, was living alone for two weeks preceding his death. It was only after he failed to answer messages over a 10-hour period that friends called Turkish police who discovered his body inside his home. Drops of blood were found on his person and around his apartment. In a report the Prosecutor of Nevshehir city referred to the case as a “suspicious death”.

Despite the fact that Jamal was given refugee status by the United Nations High Commission for Refugees (UNHCR) he was not relocated to a third country during the five years he resided in Turkey. As Rafiee put it, “The UNHCR failed Jamal.”

Rafiee has raised concerns over this delay. “One of our questions for the Turkish government is why they waited to perform the autopsy.”

HRAI’s legal team has continued to push for further investigations into the circumstances and cause of Jamal’s death. HRAI members and Jamal’s family remain convinced that his death was no accident. They maintain that Jamal was a healthy individual and that there was no evidence of a ‘natural’ death.

Jamal is survived by his wife, who was accepted as a refugee in North America and had been awaiting his relocation.

The death of Jamal not only illustrates the ongoing struggle in regards to human rights in Iran, but also serves as an example of the failures of the international community and the UNHCR in protecting vulnerable dissidents.

The Iranian regime has a long history of targeting political dissidents abroad, particularly in Turkey. This included a slew of extrajudicial killings in the 1990’s, and reports that its embassy staff was engaged in spying and kidnapping within the country. Ironically, one of the political prisoners Jamal wrote about was Hojat Zamani, a dissident who escaped to Turkey and was sent back only to be executed by the regime in 2003.

As of today, a number of Iranian activists who are affiliated with HRAI continue living in Turkey as they await relocation. The anniversary of Jamal’s death serves as an eerie reminder that their lives remain in serious danger as long as they are within reach of the Iranian regime.

As the one year anniversary of Jamal’s death passes, we are left to contemplate his. For Iranian refugees and activists, Jamal’s story reflects the struggle to find meaning in our exile as we attempt to make a difference despite our isolation and estrangement from our home. His work and resolve in the face of death give meaning to our daily acts of resistance, whether it involves blogging, following student protests in Iran or representing the interests of refugees. My work with Jamal was meaningful as part of a greater collective effort to bring about democratic change in Iran.

The loss of Jamal was a setback for HRAI. However the stoic manner in which lived, and the fact that his last moments were at his work desk have become a source of inspiration and resolve for Iranian activists everywhere.

His untimely death, though heartbreaking, is a testament to his bravery and resolute spirit, one that has not gone unnoticed: “The widespread support and appreciation for Jamal after his passing, who worked in silence and anonymity, showed that true and selfless human rights advocates have a special place in Iranian people’s hearts,” said Rafiee.

In an era in which politics is dominated by individual agendas for power and control, Jamal stands out as a testament to quiet resolve and dedication. He demonstrated that in any corner of the world, an individual, however isolated can use the tools around him to make a difference, and in fact challenge the legitimacy of a dictatorial regime. His legacy is important not only as a symbol of sacrifice but as a reminder that the struggle for human rights continues in Iran, with those on the front lines paying the ultimate price.

Hamid Yazdan Panah is a human rights activist and attorney focused on immigration and asylum in the San Francisco Bay area.