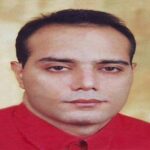 HRANA News Agency – Mostafa Eskandari, the political prisoner of Ward 12 of Rajayee Shar prison, was arrested in 40th day of martyrdom of Neda Agha Soltan along with his wife, Kobra Zagheh-Doost and sentenced to 31 years in prison with charges of “disturbing public opinion” and “interviewing with foreign media”.

The following is a full text of his letter, a copy of which has been submitted to HARANA: END_OF_DOCUMENT_TOKEN_TO_BE_REPLACED 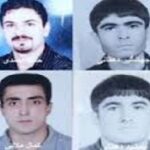 HARANA News Agency – Hamed Ahmadi, Jamshid Dehghani, Jahangir Ahmadi, and Kamal Molayee, four Sunni prisoners who have been sentenced to death and have started a hunger strike since 13, June 2013, wrote: “We would like to inform the whole world about our biographies and nostalgia through this letter. Yes, we live in a country that claims following Islamic principles and Imam Ali. The government claims respecting the holy month of Ramadan and while all Muslims fast by having proper breakfast and Iftar, we, the four Sunni prisoners in Evin Prison, start and break our fast with water alone. The government feels no responsibility to address our problems or investigate the cause of our hunger strike for the fourth time in the past year.

The full text of this letter, a copy of which has been submitted HRANA, is as follows: END_OF_DOCUMENT_TOKEN_TO_BE_REPLACED 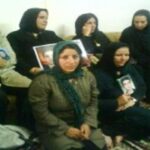 HARANA News Agency – The mother of Bahram Ahmadi, the Sunni political prisoner who was executed in 2011 and his brother Shahram Ahmadi is currently imprisoned in Rajayee Shahr prison, wrote a letter to Saied Zinali’s mother: “I pray God for the day your son and my son, Shahram, return home and put an end to our sad days and make us happy”.

The following is a full text of this letter, a copy of which has been submitted to HRANA: END_OF_DOCUMENT_TOKEN_TO_BE_REPLACED

A letter from a young Baha’i resident of Tabriz

HARANA News Agency – I am a Baha’i citizen of Iran; I live in Tabriz and love to serve my country. Like all other citizens, I have done my military service and paid taxes for the development and prosperity of my country. But, unfortunately I am not entitled to any right as a citizen of Iran.

The reason for writing this letter in the form of anonymous is potential future problems and consequences for me and my family.

After the completion of high school education, I took the national exam to enter the university. However, I was deprived of attending the university with the excuse of “incomplete” documents, but in reality because of my Baha’i faith.

This injustice has not only happened to me in the recent decade, but my father and parents of many young Baha’is have been also deprived of their rights to pursue higher education since the early years after the revolution.

The problems of Baha’is in Iran and Tabriz are continuation of a long and never ending story. However, since about three years ago the situation has been dramatically worsened and the violation of our civil rights has reached a new level. This situation started when the chair of Tabriz cemetery office Mr. “Farrokh Jalali” violated the standard regulations and unexpectedly denied the rights of Baha’is to prepare funeral service and bury their dead people. Soon after these incidents, he was appointed as the special advisor to the mayor and the director of Tabriz municipality area.

Nowadays, in order to bury their loved ones, Baha’is should face the following procedure: following transfer of the corpse to the main cemetery in Tabriz, the corpse is stored in the cold room for a couple of days. Then, the families are asked to bury the body without any ceremony (based on their faith). If they insist on burial in Tabriz, they should bury the body without coffins and according to Islamic tradition.

This clearly contradicts our religious beliefs. In some cases, the officials transfer the body to the city of Miandoab and bury without family’s knowledge. Despite the complaints and writing letters to various organizations and the president, this problem remains unresolved.

The other reason to write this letter is a recent incident occurred in my family. When my grandmother died, the authorities prohibited a ceremony according to Baha’i tradition. They finally transferred her body to Miandoab and buried without proper funeral service. After the death of my grandmother, a young soldier who has recently died in military uniform is also expecting the same treatment as my grandmother. As I am writing this letter, his body is in the storage area. With respect to Baha’is death and burial ceremony, we hear nothing but threat from the officials in Tabriz.

As we all know, our problem are not just limited to burying the dead. As a youngster, after military service I rented a shop to start working. I provided all documents and gained license from the union of eyeglass Makers in Tabriz.  Now, after one year and despite paying the taxes, officials have announced that a work license will not be issued for me because of my Baha’i faith. The result of my efforts and complaints to various organizations including “Industry and Mine” organization and “Union Council” was a warning to shut down my shop, which was finally executed despite twenty days of suffering and efforts to stop.

Finally, as a conclusion, I would like to just refer to one of the officials who recently told me that he would not let me open my shop and work and that I can even complain to the supreme leader.

Use your own Judgment.

Phone Spies on a Spy, Captures the Face of IRGC’s ‘Torturer’ 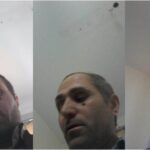 A mobile app has caught the identity of a member of Iran’s dreaded Revolutionary Guards after the smartphone of an Ahwazi Arab political prisoner was seized when he was arrested and tortured in Ahwaz City, an Arab majority city near the border with Iraq.

END_OF_DOCUMENT_TOKEN_TO_BE_REPLACED

Four Sunni prisoners on death row, Hamed Ahmadi, Jahangir Dehghani, Jamshid Dehghani and Kamal Molaee, have been transferred to solitary confinement and are scheduled to be executed on Sunday 15 June on the charge of “enmity against God” (moharebeh), only days after reports of the secret execution of Ali Chebieshat and Sayed Khaled Mousawi on the same charge, warned Amnesty International. END_OF_DOCUMENT_TOKEN_TO_BE_REPLACED

A letter from the families of Ali Chebishat and Khaled Mousavi 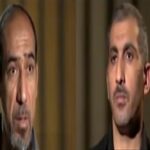 HARANA News Agency – In a letter addressed to UN Secretary General Ban Ki-moon; the High Commissioner for Human Rights, Ms. Navi Pillay; the UN Special Rapporteur Ahmed Shaheed; the families of Ali Chabishat and Khalid Mousavi, two Arab prisoners on death row in Iran, explained in detail the arrest, transfer into an unknown prison, and execution decree of their children and requested their support to clarify their situations.

According to this letter, their frequent contacts as well as Mr. Azizullah Torabizadeh, the lawyer of these prisoners, with the judiciary authorities have not been responded properly. The full text of the letter is as follow: END_OF_DOCUMENT_TOKEN_TO_BE_REPLACED

Letter of a Baha’i student to imprisoned teachers of Baha’is Uni. 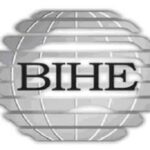 In 1987, 250 young Baha’is who were no longer able to pursue their studies in the public universities in Iran (due to the form of religion) volunteered  to start the first cycle of a university focusing on courses in basic sciences, Arabic, and religious studies and literature. The first cycle only offered an associate degree with a maximum capacity of 100 students. After a while, the university also offered bachelor degree and students divided into two groups: literature and science. END_OF_DOCUMENT_TOKEN_TO_BE_REPLACED 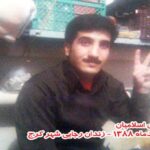 HRANA News Agency – Mehdi Islamian, a prisoner executed in 09May2010 along with Farzad Kamangar, Farhad Vakili, Shirin Alam Holi, Ali Heydari, was charged with donation of about 70 dollars to his brother. He was arrested in March 2008 and sentenced to death. Prior to supporting his brother (Mohsen Islamian), he was working as a taxi driver and not involved in any political activity. His brother, Mohsen Islamian, had been previously executed with charges of setting a bomb in a mosque named Hoseinieh Rahpouyan in Shiraz in 11May2009.

The following is the full text of this unpublished letter: END_OF_DOCUMENT_TOKEN_TO_BE_REPLACED

Statement of Eight Political Prisoners in Support of Shahram Ahmadi 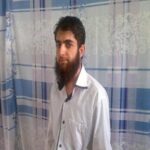 HRANA News Agency – In support of Shahram Ahmadi, eight political prisoners in Rajai Shar prison wrote: “Not long ago, his little brother, Bahram Ahmadi, who still had not reached the legal age, was executed. Bad incidents repeatedly hit this family one after another.”

The following is a full text of the letter submitted to HRANA: END_OF_DOCUMENT_TOKEN_TO_BE_REPLACED