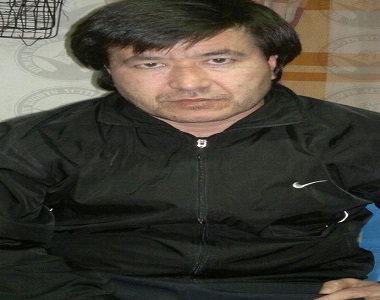 HRANA News Agency – Batyrshah Mohammadov, a political prisoner at Karaj Rajaee Shahr Prison has been transferred to the prison clinic because of the high blood pressure and bleeding in sleep on emergency basis.

According to the report of Human Rights Activists News Agency (HRANA), Batyrshah Mohammadov, a prisoner at Ward 12 of Karaj Rajaee Shahr Prison has been transferred on emergency basis to the prison clinic.

One of the prisoners at Rajaee Shahr told HRANA’s reporter: “Batyrshah Mohammadov was affected by heavy nose bleeding in his sleep and was transferred quickly on a stretcher to the prison‘s clinic.”

He also added: “the doctors at the clinic collected 3 Electrocardiograms and identified the high blood pressure as the reason for the nose bleeding and said no one would have known what could have happened to this Turkmen national if there was a little delay in transferring him to the clinic.  Doctors also mentioned that his condition is extremely concerning, considering his Electrocardiograms’ results and suggested that an appointment at Tehran Heart Hospital should be arranged for him as soon as possible.”

This source finally added: “he had visited the clinic previously during the night because of the pain in his kidney and at the moment he is taking strong pain killers for his painful kidneys.”

Batyrshah Mohammadov, a Turkmen national is serving his 20 years sentence at Ward 7 of Evin Prison on the charges of Spying along with his countryman Chari Moradov.