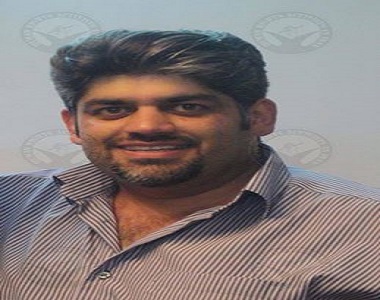 HRANA News Agency – Behfar Khanjani, a Bahai prisoner of conscience serving a five-year sentence in Seman’s central prison, has been denied the right to receive family visits as a punishment for writing a letter to Dr. Jahangiri, the head of Iran’s Prison Association.

According to the report of Human Rights Activists News Agency (HRANA), Mr. Khanjani was initially given a four-year prison sentence for membership of illegal Bahai groups and attending Bahai prayer meetings and the 19th-day ‘Feast.’

His sentence was later extended by one year for “propaganda against the regime.” Mr. Khanjani suffers from an incurable medical condition which is at an advanced stage, and his condition is fragile. He was given a brief medical leave in January 2012.

Although the Warden of the Central Prison in Semnan and the supervising judge approved an end-of-sentence furlough for Mr. Khanjani, Mr. Asyabi, the City Attorney of Semnan, and Mr. Arab, who is in charge of all the prisons in Semnan, said that he was barred from receiving a furlough.

Mr. Khanjani then wrote to Dr. Jahangiri, criticizing the decision and saying that it breached his legal and human rights. Officers at the Semnan central prison then criticized Mr. Khanjani and told him that he would be denied family visits as a punishment.