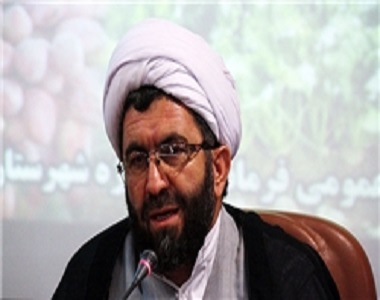 HRANA News Agency – In a December 2 meeting with provincial officials, the Friday Prayer leader of Rafsanjan, Hojjat-al-Islam Abbas Ramadanipour said that there were a number of “sects” in the province, and because people were ignorant they were able to live and work among ordinary people, without being recognized.

According to the report of HRANA quoting from Fars New Agency , he said that a number of Jews were also working in the city bazaar, but the difference between them and the Bahais was, that the Bahais are “unclean.”

After outlining the history of the Shaykhi, Babi and Bahai religions, and claiming that the latter had Russian support, he repeated that the Bahais are “unclean” and business dealings with them are religiously forbidden (haram), and said “this sect has established many activities and programmes in our city, and the people’s legitimate demand that they should not be in the city should be implemented.”