Habib Rezaei Executed on Charge of Murder in Salmas Prison 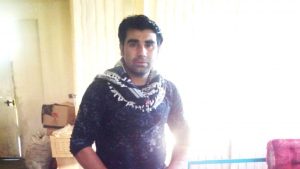