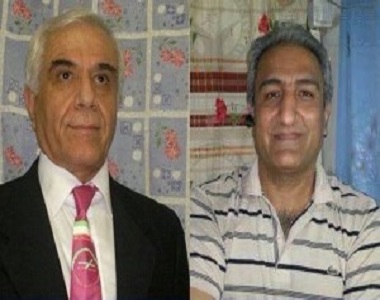 HRANA News Agency – There is no news about Afshin Baimani and Arjang Davoodi, who have been transferred to Revolutionary Guards’ solitary confinement since 18th January.

According to the report of Human Rights Activists News Agency (HRANA), during the 18th January, Sunday, Afshin Baimani and Arjang Davoodi, 2 political prisoners from hall 12 of Rajai Shahr prison, in Karaj, were transferred to solitary confinement in the Revolutionary Guards’ ward in this prison.

An informed source in this regard, told HRANA’s reporter: “On 1st January, Arjang Davoodi was taken to hall 12 for a short time to get his medicines, but after that there is no news about these two political prisoners’ condition.”

Arjang Davoodi has been sentenced to death in a new case just recently by the Revolutionary Court in Karaj on charge of political activities from inside the prison and his case is in Supreme Court for appeal.

Afshin Baimani who was sentenced to life time imprisonment is spending the 14th year of his sentence.