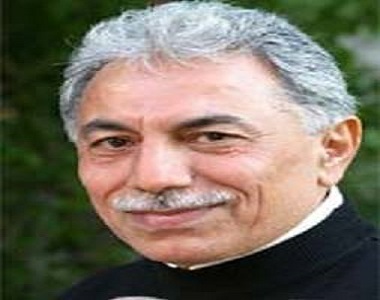 HRANA News Agency – The Revolutionary Court in the city of Mashhad has sentenced Manuchher Khalousi to six years in prison for his Bahai beliefs.

According to the report of Human Rights Activists News Agency (HRANA), the charges against him were “propaganda against the regime” or “acting against national security,” although the evidence cited does not support either charge: it focuses simply on proving that he is a Bahai.

He was arrested on November 29, 2013, when security forces raided his home, for the sixth time since the 1979 Revolution. At his trial, on July 8, 2014, he was charged with “acting against national security by giving interviews with foreign media.” However no interviews with Mr. Kholousi are known, in either Iranian or foreign media.

The court therefore adjourned the sitting for lack of evidence, and a judge was appointed to gather evidence. Apparently no evidence was found, as he has now been convicted without evidence.

His daughters, Nika and Nava Kholousi, have been sentenced to six years and 4 and a half years in prison, respectively, on charges of membership of the Bahai organisation, participation in illegal Bahai activities, and propaganda in favour of the Bahais and against the regime of the Islamic Republic.

In 1999, Mr. Kholousi was sentenced to death for being a Bahai. This sentence was later reduced to one year in prison, by which time he had already served 19 months in prison.