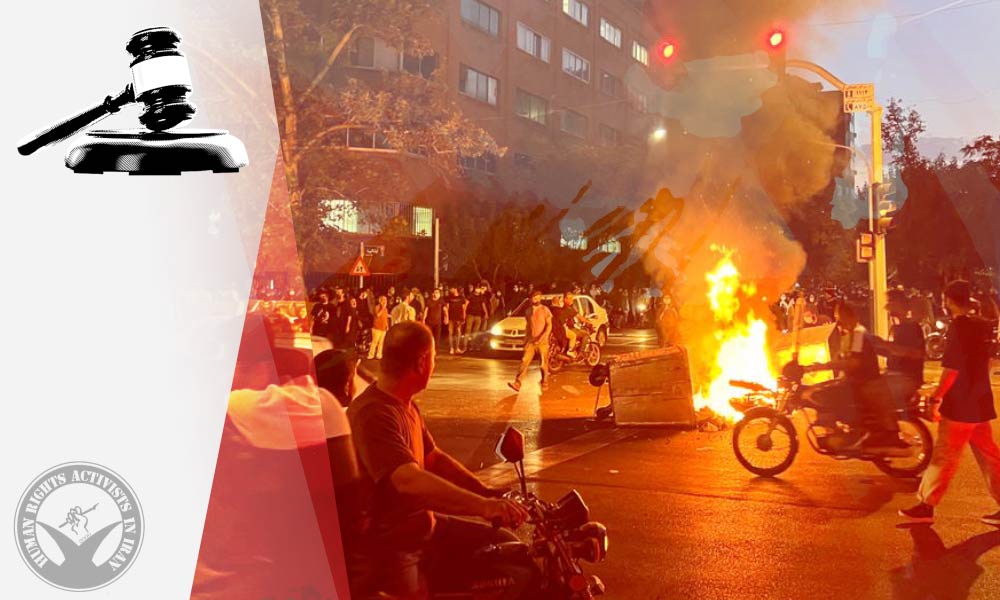 The Oshnavieh Criminal Court sentenced Farhad Kazemi, Khaled Dashti, Ehsan Safai-Far, Mohammad Peyghami, Abdorrahim Rahimi and Fardin Khosh-Khahesh to a combined 18 years and six months in prison. These individuals were arrested during recent protests and then released on bail.

According to HRANA, the news agency of Human Rights Activists, quoting Kurdpa, six residents of Oshnavieh were sentenced to a total of 18 years and six months in prison.

These individuals were previously arrested by security forces and released later on bail after the interrogation.

Since the outbreak of nationwide protests, about 18400, including journalists, lawyers, teachers, students and civil rights activists, have been arrested. For more details and statistics on the nationwide protest across Iran, read the latest HRANAs comprehensive report here.