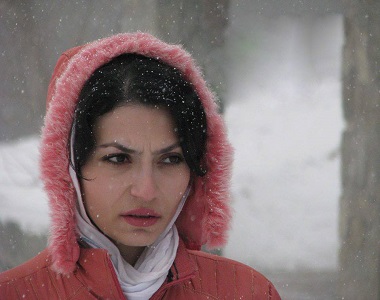 HRANA News Agency – According to the sources close to Maryam Sadat Yahyavi- a Civil Rights’ Activist who supports Iranian government- Ms Yahyavi was arrested on November 2nd. Her arrest took place while she is diagnosed with an advanced Cancer condition and has been going under chemo-therapy.

According to the report of Human Rights Activists News Agency (HRANA), close sources to Maryam Sadat Yahyavi – Anti-government Civil Activist – told HRANA reporter that on Sunday afternoon Ms Maryam Sadat Yahyavi was arrested at her house by security forces and has been transferred to an unknown location.

Several friends of Maryam Sadat Yahyavi also confirmed that on Sunday afternoon have received a short text message from her with news about her arrest. Her phone has been switched off since then.

It is important to mention that Maryam Sadat Yahyavi is suffering from advanced Breast Cancer and has been going under Chemo Therapy and Radio Therapy. It is clear that the unsuitable medical treatments that usually are provided for people under detention can put her life in danger. It is important to note that the family of Ms Maryam Sadat Yahyavi has not yet agreed to react to this report.

Ms Maryam Sadat Yahyavi had been arrested for a month in February 2011 and was sentenced to 3 years imprisonment at her first trial. This sentence was later reduced to one year imprisonment at the appeal court. However, due to her medical condition, her Chemo Therapy and Radio Therapy, this sentence was put on hold by the order of Forensic Pathology office.

Previously, Forensic Pathology Committee decided that this sentence can be executed by January 2015. Ms Maryam Sadat Yahyavi was also planned to visit the Forensic Pathology Office to extend this hold.  In July 2014 she was summoned to an investigation office supervised by Intelligence Ministry, along with several other Political and Civil Activists. These people were interrogated by the authorities who were aiming to create further grounds and charges to persecute them.