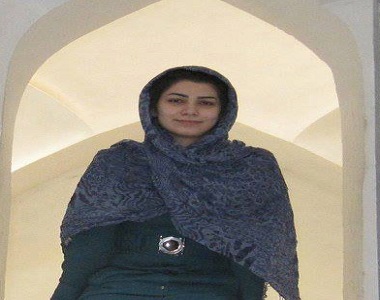 HRANA News Agency – Maryam Shafipour‘s sentence of 4 years imprisonment was confirmed whereas the lower court had sentenced her to 7 years in prison.

According to the report of Human Rights Activists News Agency (HRANA), Maryam Shafipour was convicted to 7 years imprisonment by judge Salavati in Revolutionary Court, branch 15. However, the Appeal court reduced her sentence to 4 years decisive imprisonment.

Indeed, Maryam Shafipour is a student of agricultural water engineering at International University of Qazvin. She was expelled because of her activities in the University after a two-semester suspension of study while she was in the semester 8th.

Maryam Shafipour was arraigned by The Security Court, early July last year and 27th    July same year and she was detained when she attended the Court number 2 ( Martyred Moghaddas) in Evin prison by interrogator’s order.