Mehdi Dolati Trasnferred to Internet Cafe to Choose His Modules 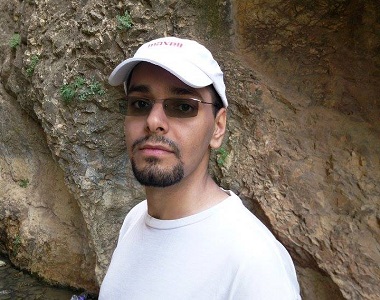 HRANA News Agency – Mehdi Dolati, political prisoner of ward 8 in Evin prison, was taken to a Café- Internet shop in Western Tehran to choose his modules for his next semester, while he was handcuffed and escorted by security agents.

According to the report of Human Rights Activists News Agency in Iran (HRANA), Mehdi Dolati, who has been accepted for a master course, was transferred from prison to a Café-Internet shop in Western Tehran, on Sunday 5th.

An informed source in this regard told HRANA’s reporter: “Mahdi was with handcuffs until he sat behind a computer desk, and when he protested, the security officers said that; it had been ordered by Khodabakhshi, Overseer Prosecutor in the prison, to take him with handcuffs and in prison uniform.”

Mehdi Dolati was arrested on February 2011, after intelligence agents raided his father house and was transferred to ward 209. This civil activist spent 17 days in solitary confinement in ward 209 and the same period of time in solitary confinement in ward 240 under interrogation and investigation. He spent a total of two months in wards 240 and 209.

This Computer programmer and Software engineer from University of Shahid Abbaspoor, was summoned for serving his sentence, on 11th September 2013, following a warning letter from the Prosecutor’s Execution Branch in Tehran,  and then he was held in ward 350 and ward 8 for a period of time and currently he is being held in ward 8 of Evin prison.

According to HRANA’s report, ward 8 is currently one of the worst wards of Evin prison, where many political prisoners are kept along with non-political and sometimes dangerous prisoners, and according to the prisoners, a large number of them have to sleep in the hallways at night, due to the overcrowding in the ward.