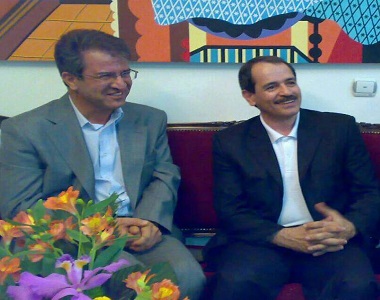 HRANA News Agency – Mohammadreza Afshar, a supporter and trainer of the “Course of Erfan Halgheh”, was arrested and sent to Evin prison.

According to the report of Human Rights Activists News Agency in Iran (HRANA), Mr. Mohammadreza Afshar, who had been summoned by a phone call to give some explanation to the court in Evin, was arrested and sent to Evin prison, when he attended the court on Monday 29th June.

Mohammadreza Afshar had been sentenced to 2 years imprisonment and 50 million Tomans fine, formerly, on charges of blasphemy, illegitimate financial income and interference in medical affairs, and it seems that his recent detention is to implement his imprisonment sentence.

The sentences of supporters of the “Course of Erfan Halgheh” are being implemented while in recent days, contradictory news have been published about the death sentence for Mohammad Ali Taheri the founder of this group.

It should be noted that since years ago, the Iranian government has put opposing with Spiritual rituals, which are inconsistent with the traditional concepts of Islam, on their agenda and have persecuted many of the leaders and followers of these rituals.

The Islamic Republic of Iran has named these rituals as “False Mysticism” or “Emerging Mysticism”.