According to the report of Human Rights Activists News Agency in Iran (HRANA), six members of Erfan Halgheh attended the fourth branch of the court of culture and the media, with their complaints under the title of; “spreading lies and disturbing public opinion by broadcasting a documentary, called; Halgheh Sheitan (Ring of Satan) and publishing materials including violating honour or dignity” against the IRIB. END_OF_DOCUMENT_TOKEN_TO_BE_REPLACED 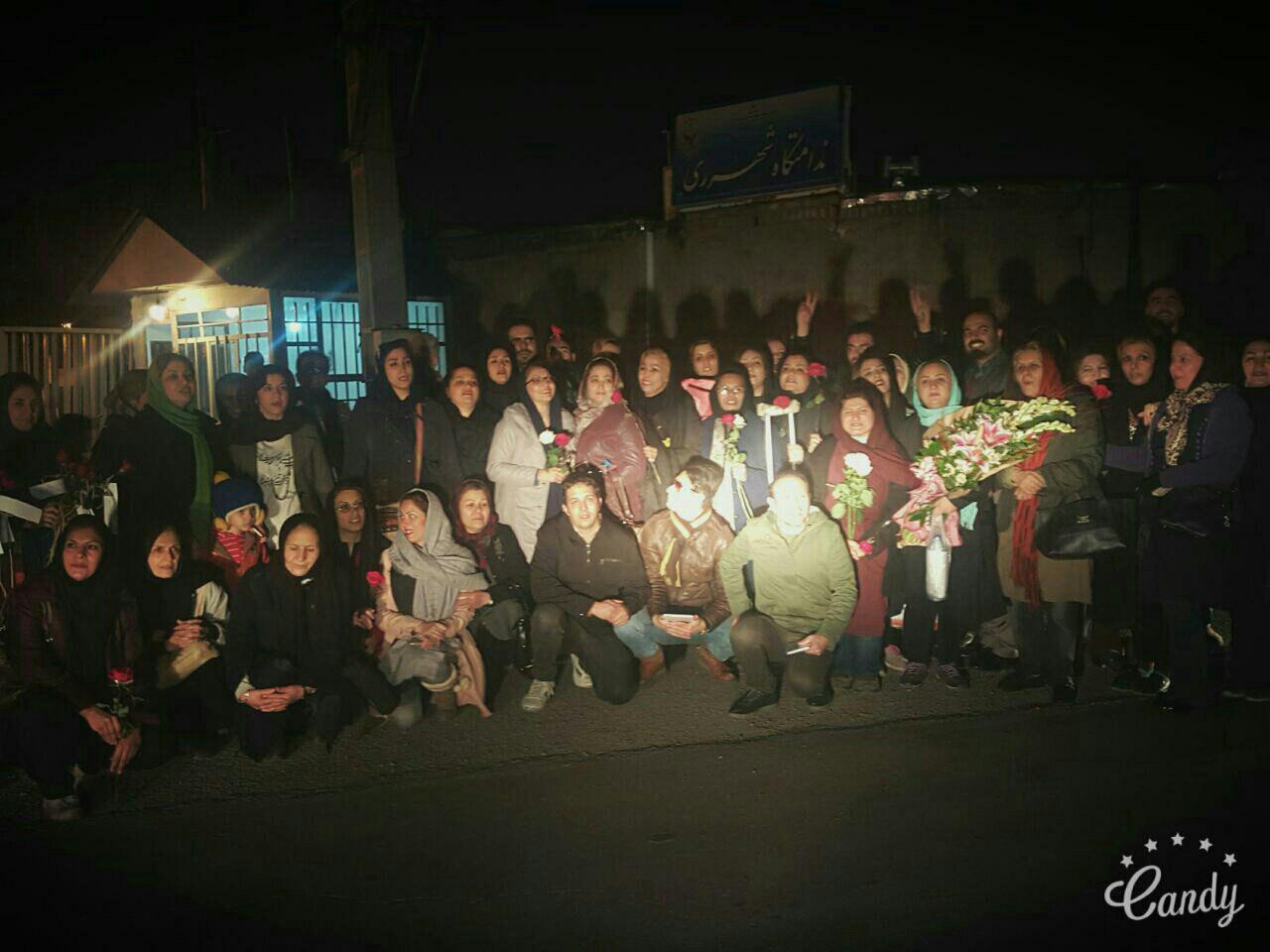 HRANA News Agency – Mrs. Mohammedan, Mohammad Ali Taheri’s wife told that soon another court hearing was going to be held for her husband, while emphasizing the threat against any kind of objection due to “being Mr. Taheri’s wife”, and announced that she would refuse the visits or telephone calls as a form of protest and strike.
According to the report of Human Rights Activists News Agency in Iran (HRANA), Ziba Mohammedan emphasized on the presence of Mohammad Ali Taheri in Branch 26 of Tehran’s Revolutionary Court and told “the judge, Mr. Ahmadzadeh contacted me to refer to the court to meet Mr. Taheri, but I did not go because I believe he must be released and I will see him at home.” END_OF_DOCUMENT_TOKEN_TO_BE_REPLACED 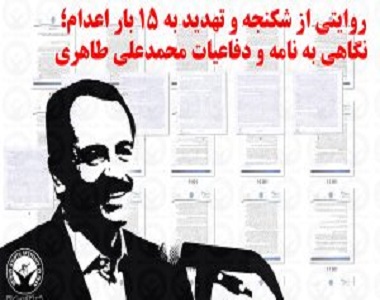 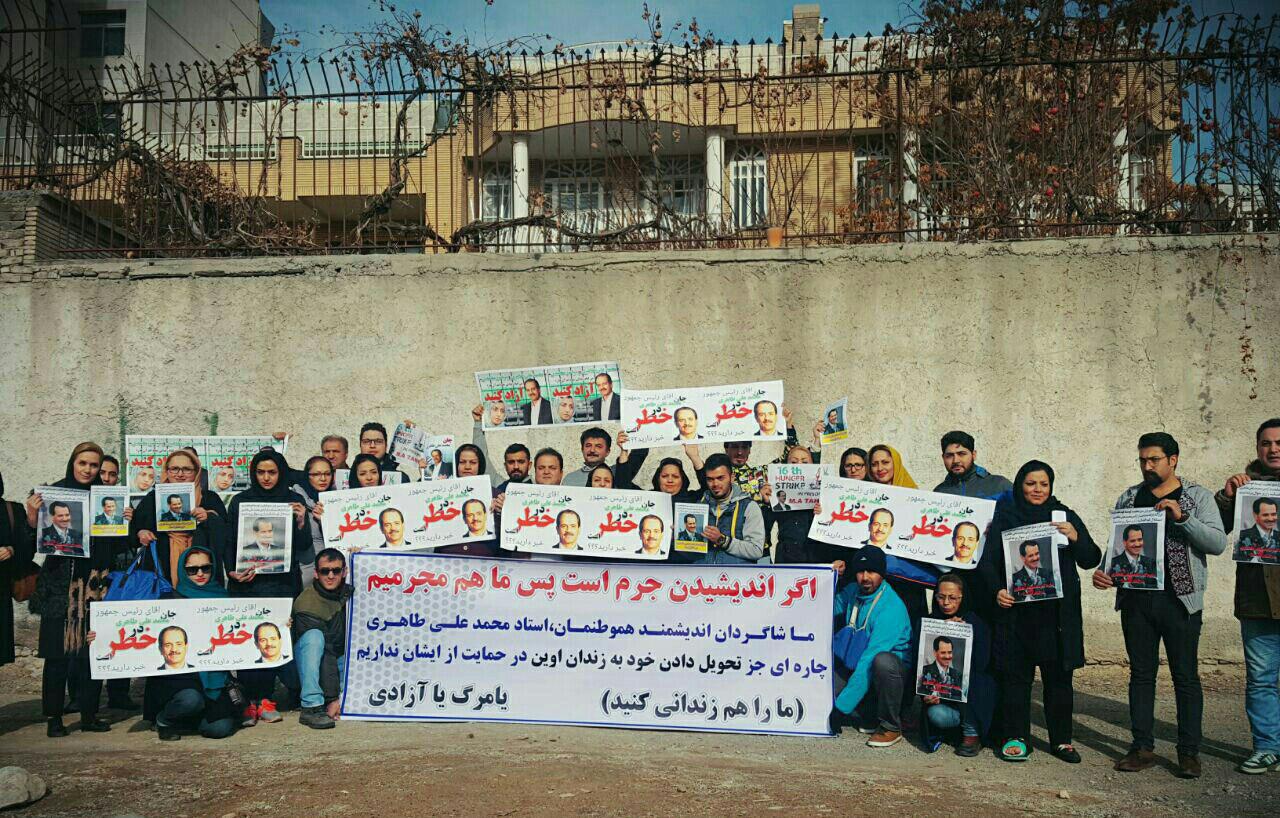 HRANA News Agency – On December 13, a group of female supporters of Mohammad Ali Taheri, were arrested after voluntarily submitting themselves to Evin prison for three times and were charged with “disturbing public order”. They protested against their charges and exile after being transferred to the prison in Rey (Gharchak) and were beaten by the prison officers.

According to the report of Human Rights Activists News Agency (HRANA), a group of supporters of Mohammad Ali Taheri voluntarily submitted themselves to Evin prison on December 13, 15 and 17. END_OF_DOCUMENT_TOKEN_TO_BE_REPLACED

HRANA News Agency – On December 13, a group of supporters of Mohammad Ali Taheri, submitted themselves to Evin Prison. They considered Mr. Taheri being imprisoned and his disciples being beaten, as unjustified and announced “If having Mr. Taheri’s opinions is a crime so we are guilty and we should be arrested.”
According to the report of Human Rights Activists News Agency (HRANA), at 11 Am on December 13, a group of supporters of the jailed founder of Halghe Erfan, went to Evin prison. END_OF_DOCUMENT_TOKEN_TO_BE_REPLACED 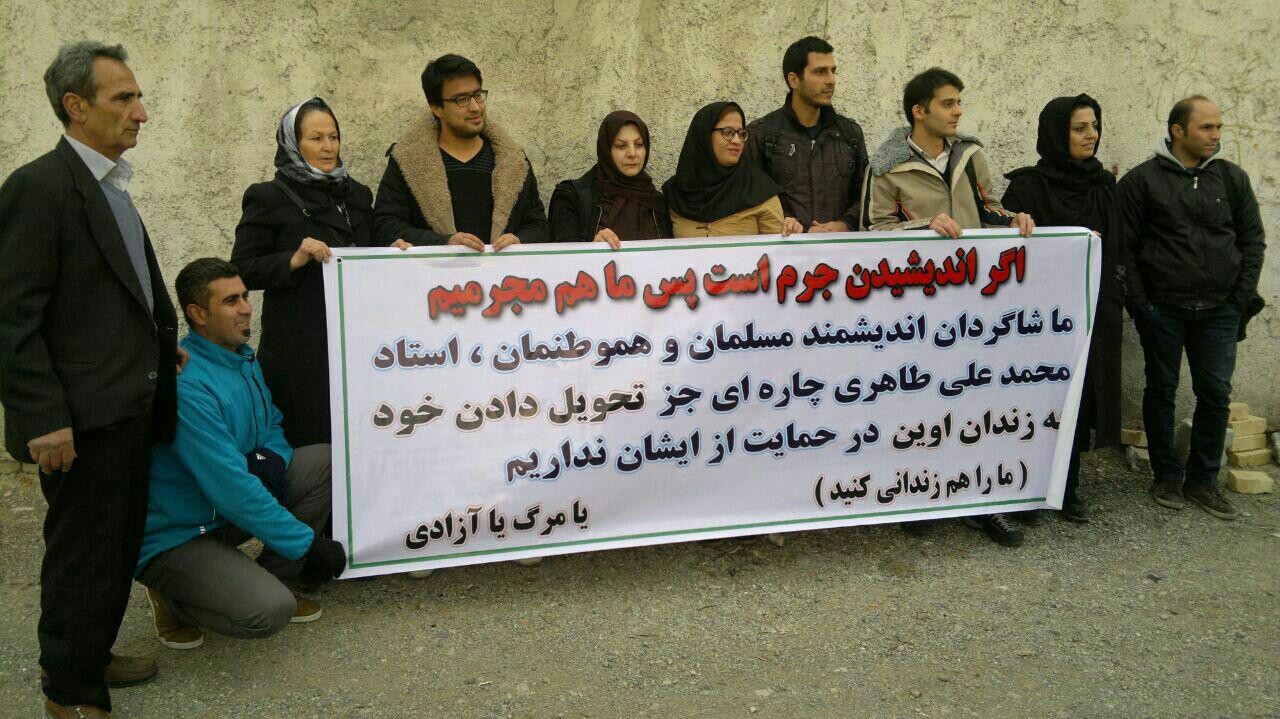 HRANA News Agency – For the second day, some of the followers of Mohammad Ali Taheri gathered in front of Evin prison within a campaign called “migration to prison” and some were arrested and transferred to an unknown location.
According to the report of Human Rights Activists News Agency (HRANA), a group of Mohammad Ali Taheri’s followers gathered in front of Evin prison and asked to be arrested, on Thursday December 15, 2016. They stated that beating Mr. Taheri and his followers is unjustifiable and announced that “if being like Mr. Taheri is a crime, then we are also criminals”. END_OF_DOCUMENT_TOKEN_TO_BE_REPLACED