HRANA News Agency – Morteza Moradpour’s family along with a group of activists in Tabriz, held a sit-in for the fourth time in front of Judiciary Office in Tabriz.

These citizens encountered with security forces and some of them were arrested.

However, before this sit-in, Fardin Moradpour had succeeded to visit his brother in Tabriz prison.

According to the report of Human Rights Activists News Agency in Iran (HRANA), the family of Morteza Moradpour, along with a group of activists in Tabriz, following their efforts for Morteza Moradpour’s freedom, despite the severe cold weather, held a sit-in for the fourth time.

The sources close to the participants at the sit-in have reported the conflict and arrest of some of them by security guards.

The identities of the detainees, which have been established by the HRANA, are as follows: 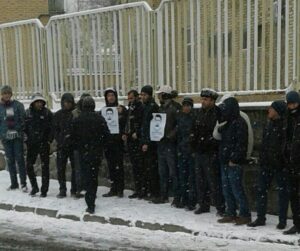 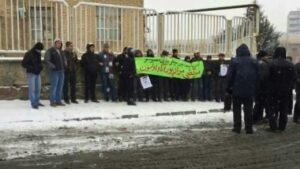