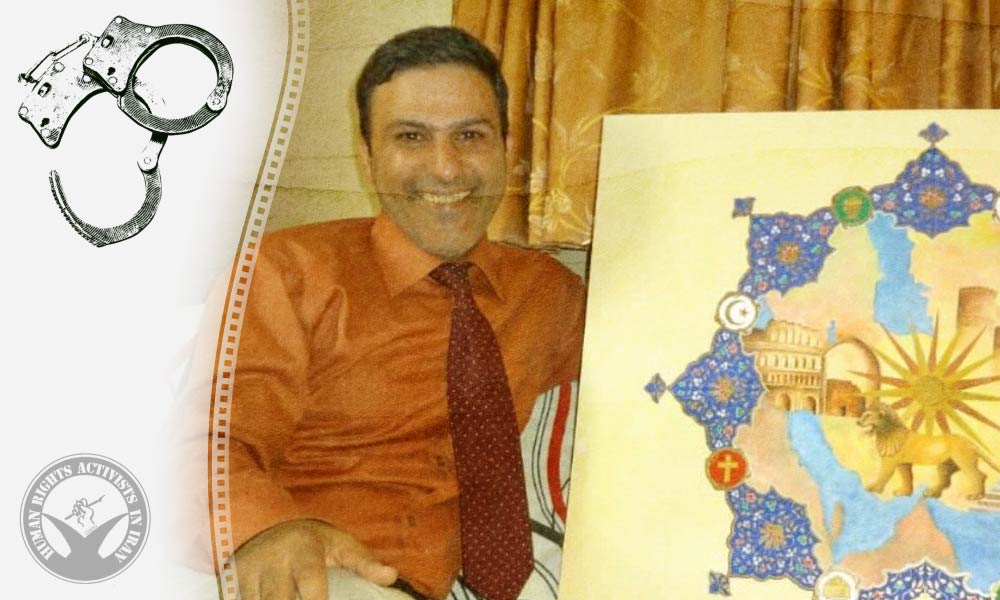 On October 13, 2022, security forces arrested writer and painter Mehdi Bahman at his house in Tehran and jailed him in Ward 209 of Evin Prison.

According to HRANA, the news agency of Human Rights Activists, Iranian painter and writer Mehdi Bahman was arrested by security forces.

An informed source close to Bahman’s family told HRANA, “At 1 a.m., the security forces arrested him at his house for his support of the nationwide protests. In a short call to his family, he said he was held in Ward 209 of Evin Prison.”

For over 20 years, Bahman has been working on illuminating religious books for the cause of peaceful coexistence between religions. His two illuminated copies of the Book of Psalms and Ezra are held in the Library of the United States Congress.