A Poet Summoned To The Court In Kashan 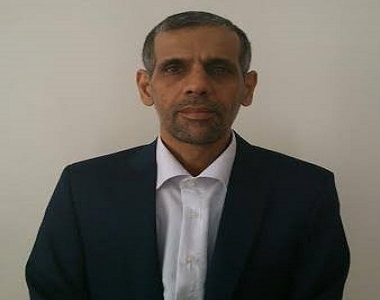 HRANA News Agency – Mohammad Mahdavifar, Kashani poet, was interrogated and summoned to the court on charge of writing a poem.

According to the report of Human Rights Activists News Agency in Iran (HRANA), Mohammad Mahdavifar, Kashani poet, after writing a 32-bit Masnavi called “Alphabet” last year and reading it in the literary community in Kashan, was interrogated by the Branch 2 of investigation of Aran and Bidgol (on behalf of the investigative Branch of Kashan) and it was decided that he should attend Branch 105, criminal division number 2 of the Justice in Kashan at 9 am on 7th December this year to be tried.

The charges which were notified to this Kashani poet have been mentioned as; harrowing the public opinion, propaganda against the regime and insulting authorities like Jannati and Khalkhali.

Mohammad Mahdavifar, who is currently self-employed, at the time of the 8 years of war between Iran and Iraq has been a volunteer Basij militia and served as explosion engineer and frogman in the front.