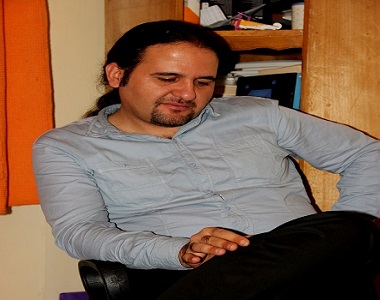 According to the report of Human Rights Activists News Agency (HRANA), political prisoners in Evin, Rajai Shahr and Uremia prison held the memorial of Seyed Jamal Hosseini. The prisoners who had worked with him gave speeches about his character and the memories they have of him.

The prisoners also spoke about Seyed Jamal Hosseini’s influence on the human rights activism in Iran.

Seyed Jamal Hosseini (Esfandiar Baharmas), 34, was one of the founders and the editor and coordinator of HRANA. Turkish Police found his dead body in his home office, in the late hours of August 4th. There were drops of blood on his face, as well as several other places in his home.

Turkish authorities have begun their investigation about his suspicious death.