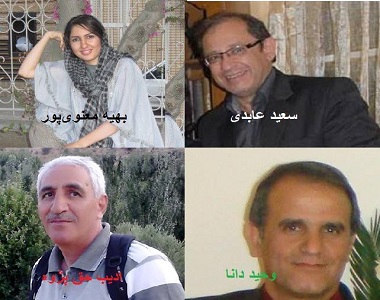 According to the report of Human Rights Activists News Agency (HRANA), the reasons for their arrest, and their place of detention, are unknown.

Mr. Adib Haqqpazhouh was arrested previously, on December 30, 2010, and was later released on bail.