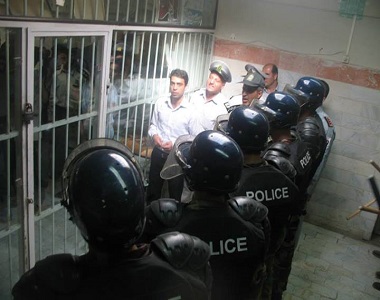 HRANA News Agency – The prison guards raided ward number 4 of section 10 of Rajai Shahr Prison, with the justification of ward checking and inspection and destructed prisoner’s belonging and ward refrigerators.

According to the report of Human Rights Activists News Agency (HRANA), in this inspection of section 4, all of the prisoners’ belonging and accessories of normal prisoners of one of the halls were severely damaged.

An informed source told HRANA’s reporter, “Prison guards damaged all of the prisoners’ belonging and accessories with the justification of inspection”.