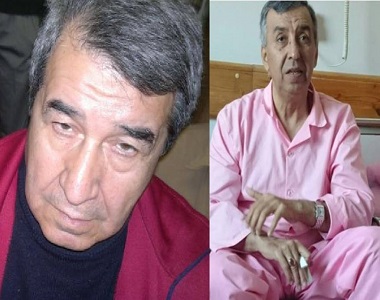 HRANA News Agency – Asghar Ghattan, political prisoner of Rajaei Shahr was released from this prison. Whereas Karim Maroof, Iraqi prisoner who is also ill and was transferred from this prison to be exchanged 54 days ago, returned to the prison.
According to the report of Human Rights Activists News Agency (HRANA), two aged and ill prisoners of Rajaei Shahr, Asghar Ghattan and Karim Maroof, were respectively released and returned to prison.
Karim Maroof, political prisoner and Iraqi citizen, who has spent about 19 years in different prisons of Iran, had been transferred from hall number 12 to be exchanged 54 days ago.
This prisoner returned to hall number 12 of Rajaei Shahr prison again. He has been kept in Ahvaz prison and Velenjak police detention, but despite being ill, he was returned to Rajaei Shahr prison for unknown reasons.
Asghar Ghattan, other aged prison, who has multiple arrests in his record was released.
This political prisoner was arrested by the intelligence forces on January 9, 2011 and after 45 days of interrogations in ward 209, he was released on the bail due to his illness and physical condition and by physician’s recommendation. He was sentenced to 5 years in prison for advocacy of MEK.
This 60-year-old prisoner was transferred to ward 350 of Evin prison on May 23, 2012 and exiled to Rajaei Shahr prison on June 1, 2014.