Ramazan Ahmad Kamal In Coma In The Hospital 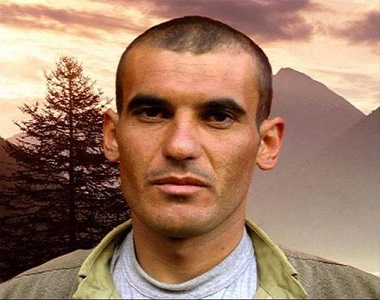 HRANA News Agency – Ramazan Ahmad Kamal, Kurdish Syrian prisoner of Rajaei Shahr who has been transferred to a hospital after deteriorating of his health condition, is in coma.

According to the report of Human Rights Activists News Agency (HRANA), Bahman Ahmadi Amouei, the journalist and former cellmate of Mr. Ahmad Kamal, wrote on his personal page, “he is in coma since he has been transferred to hospital, by the time that I am posting this. He is very weak and according to his doctor, his vital signs are good, but his consciousness is extremely low”.

According to Mr. Amouei, first he had been transferred to Sasan hospital, but the authorities refused to accept him due to his bad condition, and despite the acceptance of the principal of the hospital, did not register him for few hours. He is currently hospitalized in Imam Khomaini hospital, and is in coma.

Ramazan Ahmad Kamal, was arrested in 1999, when he and four other members of PKK entered the Iranian territory mistakenly. He was shot during the arrest and his right arm was severely injured.

Lack of proper medical treatment caused deteriorating of his arm’s muscle and the injuries become infectious.

Ramazan Ahmad Kamal, is from Kobani in Syria, and has been sentenced to 10 years in prison on charge of membership in PKK. He has been kept in Mahabad, Ghazvin, Evin and Rajaei Shahr prisons.