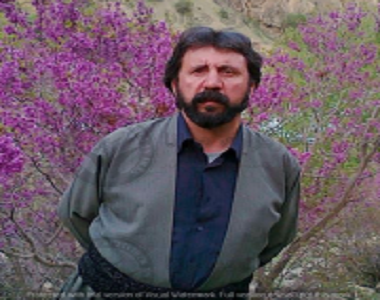 HRANA News Agency – Seyed Amin Abbasi Shahebrahimi, a member of the Yarsan Council and civil activist, was summoned by the security police of Kermanshah province and was interrogated.
According to the report of Human Rights Activists News Agency in Iran (HRANA), Mr. Abbasi was summoned by the security police of Kermanshah province on 20th December, and the reason of summon was mentioned as , “the judicial authority’s order”.
This civil activist of Yarsan minority told HRANA’s reporter, that after attending, he was interrogated for four hours and he charged with “disturbing public opinion through social media networks such as Google+ and Facebook”.
According to Mr. Abbasi, he was interrogated by the prosecutor of Kermanshah on the same charge and this case is still open for review and adjudication.
Seyed Amin Abbasi prescribed the prosecutor’s behavior as “good” and also said that the pretext of these charges are his writings in cyberspace, in line with the rights of Yarsan minority.
“Forcing children to learn in Islamic religious texts”, “lack of official recognition as a religion in the public sector” and “an insult to the minority of the various platforms, including the governmental TV and radio,” are some of the issues that this Yarsan civil activist has considered as a violation of the rights of the minority.
Siavash Hayati, spokesman for the Council of Yarsan civil activists, earlier in an interview with HRANA, referring to the matter said: “When we request the recognition of the constitution, they say you’re a Shia Muslim subsidiary, when it came to our youth employment interview, it is only possible by denying and concealing the identity to get a job, and it is not enough to deny their identity and announcing separation, you need to prove that you emphatically deny your identity”.
Mr. Hayati, with calling “discrimination holistic”, what is applied to Yarsan minorities, added “the constitution has not recognized Yarsan as a religion and during the years of the Islamic Republic ruling the country, we even have not have a representative in the House or the institutions of decision making institutes, and the recognition by the constitution is now the most important demands of the followers of this population.”
According to Mr. Hayati, although Yarsan Faith followers’ demands are serious and real, but it does not have political aspect: “The fact that our children can live and work in this country, like others, is not a wrong demand, and asking to stop insulting our beliefs and symbols with no reason, is not an extraordinary demand.”
It is to say that, during July to August 2013, three of the Yarsan Faith followers, Hassan Razavi, Nikmard Taheri and Mohammed Ghanbari, attempted “Self-immolation” to protest against the discrimination and abusive behavior towards this minority. That was made after a Yarsany prisoner, Kiomars, was made to shave his mustache forcibly, in Hamedan prison, which would insult the followers of this religion’s rituals.
After this incident, a young follower of Yarsan, named Hassan Razavi, in Hamadan, attempted self-immolation in front of the Hamedan government office in protest against that, and died in hospital after several days.  On the morning of 25th May, the same year, another Yarsan follower named Nikmard Taheri in front of the camera, set himself on fire and died an hour later.
Ahlehagh or Yaresan is a mystical religious with mystical rituals whose population in Iran has been estimated about two million people, who live mostly in the West and North West of Iran.