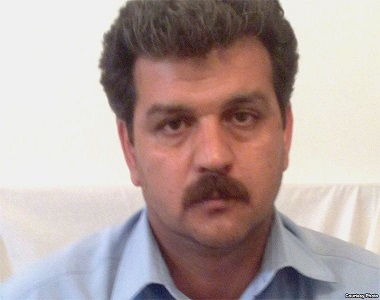 HRANA News Agency – The committee to defense Reza Shahabi reported that the prosecution agreed with Reza Shahabi’s medical leave and he ended his hunger strike.

The statement that was published by this committee on Sunday, says:

In the 50th day of Reza Shahabi’s hunger strike, on Sunday 20th July, Khodabakhshi, the representative of the Tehran prosecutor was present at the hospital bedside and due to his serious physical condition such as stomach bleeding, weight loss, weakness, and several other physical problems, Khodabakhshi in presence of Reza Shahabi’s wife, said “I agree to give him medical leave” and asked him stop his hunger strike.

Considering the prosecutor’s representative’s statement regarding restarting the process of medical leave from the beginning hours of the day ahead, which is in fact implementation of his demands, Reza Shahabi announced: due to strict request made by his friends, labour activists, organisation  and institutes from inside and outside Iran, also his wife and his family members, on 50th day, at 7pm 20th July, he ends his hunger strike, but if anything, even a small change or interdiction prevents him to achieve his demands, he will restart his hunger strike and will refuse the operation.

Reza Shahabi will agree with operation if the medical leave will be issued.  According to Reza Shahabi’s physical condition, doctors said that surgery and medical leave following the surgery are essential for Reza’s health.