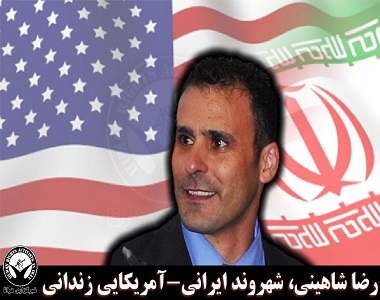 HRANA News Agency – Gholam Reza (Rubin) Shahini, Iranian-American citizen detained in Gorgan prison, after being beaten and insulted by prison guards, has gone on hunger strike, and was transferred to solitary confinement, since February 14, 2017. This prisoners who has got severe “weight loss”, has been transferred to quarantine ward of this prison, due to kidney problems caused by the hunger strike and has been twice transferred to the prison’s clinic. Gorgan prison authorities not only ignore his demands but also have put pressure on him and threatened him to end his hunger strike.

Mr. Shahini is deprived of having phone calls and family visit.

An informed source, regarding Gholam Reza Shahini’s situation, told HRANA’s reporter: “Reza has been transferred from solitary confinement to the quarantine ward. His health condition was critical due to effects of the hunger strike, on February 25, and in fact he has got problems in his kidneys and has lost a lot of his weight and was given serum injection in the prison’s clinic.”

The source continued and told HRANA’s reporter: “His brother and his mother, who suffers from Alzheimer, had gone to visit him on February 24, but the visit had been refused. His condition has worsened after he started the strike. In the meantime, after the strike he has been transferred to the clinic, and had just had one visit. Now he is not allowed to have visitors or phone calls.”

Earlier, HRANA had reported, Gholam Reza (Rubin) Shahini had been beaten and insulted by the prison guards, on February 14, and was transferred to solitary confinement, after the announcement of his hunger strike.

Gholam Reza (Rubin) Shahini, Iranian-American citizen, was arrested in Gorgan city of Golestan province by the Nineveh Revolutionary Guards and was sentenced to 18 years imprisonment on security charges in Branch 1 of the Revolutionary Court in Gorgan. However, based on the judgment that this News Agency has released previously, Article 134 has been applied to this prisoner’s sentence and the maximum punishment, which is nine years of this sentence, is applicable.

This Iranian-American citizen was arrested on July 15, 2016 and the officers searched his house showing arrest warrant which accused him of acting against the national security, and took his personal and electrical belongings.