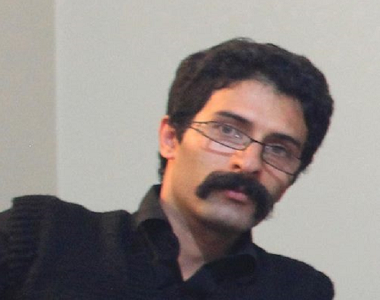 HRANA News Agency – The authorities of prison, prevented Saeid Shirzad from being transferred to Shahid Moghadas court, due to his denial of wearing unsanitary and offensive uniform of prison.

According to the report of Human Rights Activists News Agency (HRANA), Saeid Shirzad was summoned to court for his last defense, twice, on Thursday, August 14 and Saturday August 16. But as he refused to wear prison uniform, he was sent back to his cell.

A close source told HRANA’s reporter, “Saeid Shirzad refused to wear prison uniform, because they are unsanitary and offensive. For this reason, the persecutor and deputy of persecutor ordered him to be transferred to the quarantine”.

“Saeid Shirzad is children’s rights activist. He has been arrested because he was visiting the family of a political prisoner of ward 350, who was supporting MEK. Saeid was intended to prevent this prisoner’s children from abandoning school, due to financial difficulties”.

Saeid Shirzad was arrested in his workplace in Tabriz refinery on June 2, and then transferred to Evin prison.

He was previously arrested when he had gone to Ahar to help people after the East-Azerbaijan earthquake, on August 2,1 2013 and after 19 days was released on bail.

Saeid Shirzad was sentenced to one conditional year in prison, for this case.