Human Rights Activists News Agency (HRANA) – Several citizens in the southwestern Iranian city of Ahvaz were arrested by security forces in the aftermath of a football match between Esteghlal Ahvaz and Tehran’s Persepolis that took place on August 9th. After the match, fans chanted slogans against the Iranian authorities.

The arrestees, who are among the Arab citizens of Ahvaz, were reportedly arrested by security forces of the Intelligence Department of Ahvaz’s Islamic Revolutionary Guard Corps (IRGC). 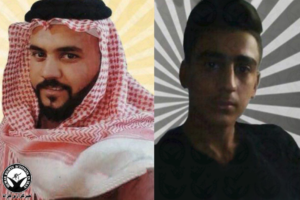 After a week, the family of the arrestees still have no information about the whereabouts of their children.

On August 16th, HRANA had reported on the arrest of another Ahvazi citizen by security forces.