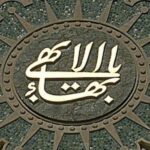 According to a report by Human Rights Activists News Agency (HRANA), security forces arrested Kamran Gheysar, a Baha’i citizen in Karaj from his work place, transferred him to an unknown place on Monday, November 5, 2012. After two days, security forces brought him to his house and searched all his belongings and seized some of his things and left house with him on Wednesday, November 7, 2012.