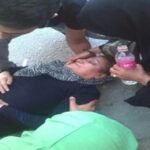 HRANA News Agency – The families of the political prisoners of ward 350 of Evin Prison could visit them on Monday April 21st.

According to the report of Human Rights Activists News Agency (HRANA), Monday April 21st was the regular weekly day of the prison visit of the political prisoners of ward 350. END_OF_DOCUMENT_TOKEN_TO_BE_REPLACED 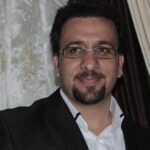 HRANA News Agency – The authorities of ward 350 of Evin prison prevented Akbar Amini from being transferred to a hospital outside of prison.

According to the report of Human Rights Activists News Agency (HRANA), Akbar Amini, the political prisoner of ward 350, was supposed to be sent to the hospital for his jaw and dental problems on Wednesday February 26, however the authorities did not permit him.

An informed source said to HRANA’s reporter: “Momeni, the vice executive of prison, has prevented him from being transferred, because of recent tension inside the ward 350.”

This prevention is happening while persecutor had issued the transfer order.

Akbar Amini who has been arrested on June 7, at his house, was transferred to ward 350 after spending more than 100 days in solitary confinements of ward 209.

Akbar Amini climed up from a crane carrying protest symbols on February 14, 2011 in Ghasr junction-Tehran. After hours in detainee, he was sentenced to one year in prison which he fully served. He has been summoned and arrested by the intelligence forces several times.

Very recently, the appeal court confirmed the five-years imprisonment sentence of the revolutionary court and as the result, a one year suspended imprisonmentsentence will be carried out as well.

Akbar Amini is in ward 350 after 100 days solitary

HRANA News Agency – Akbar Amini has been transferred to ward 350 after being in solitary confinement in ward 209 for more than 100 days.

According to the report of Human Rights Activists News Agency (HRANA), Akbar Amini who was arrested on June 7, 2013, has been transferred to ward 350 after being in solitary confinement in ward 209 for more than 100 days.  END_OF_DOCUMENT_TOKEN_TO_BE_REPLACED

Two activists are under torture for TV confession 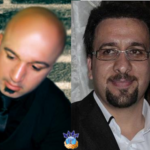 HRANA News Agency – Pezhman Zafarmand and Akbar Amini are under pressure to give TV confession.

According to a report by Human Rights Activists News Agency (HRANA), Pezhman’s father has said that his son contacted them and is still in confinement cell in ward 240 under severe mental tortures for confession.  END_OF_DOCUMENT_TOKEN_TO_BE_REPLACED