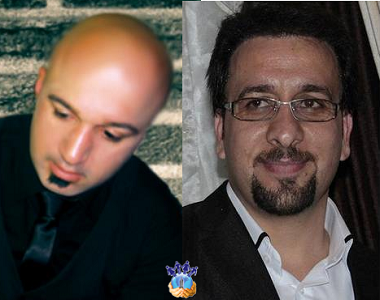 HRANA News Agency – Pezhman Zafarmand and Akbar Amini are under pressure to give TV confession.
According to a report by Human Rights Activists News Agency (HRANA), Pezhman’s father has said that his son contacted them and is still in confinement cell in ward 240 under severe mental tortures for confession.
His father emphasized that the family was not allowed to visit Pezhman since he is under arrest but he contacted by phone twice.
A source who wanted to remain anonymous said to HRANA reporter that Akbar Amini is in the same situation of Zafarmand.
Pezhman Zafarmand was one of active members of Dr. Aref presidential election campaign in East of Tehran and then in Rouhani’s campaign. Pezhman was arrested earlier as a member of writers union and after one month of being under arrest, he was sentenced to three years imprisonment by judge Salevati in branch 15 of Tehran Revolutionary court.
As well Akbar Amini was sentenced to five years imprisonment on charge of attending in writers union meetings in the same court.

0 thoughts on “Two activists are under torture for TV confession”