The New Islamic Penal Code Is Not Being Completely Enforced

HRANA News Agency – Some important parts of the new Islamic Penal Code which could help the inmates have illegally not been enforced yet.

According to the researches of HRANA in this matter, one of the very important issues is the new definition of “Muharebeh” (Enmity against God) which could end to the freedom of some prisoners or halting their death sentences. END_OF_DOCUMENT_TOKEN_TO_BE_REPLACED 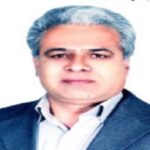 According to the report of Human Rights Activists News Agency (HRANA), Ali Asghar Mahmudian,63, prisoner who is suffering from illnesses such as prostate, arteriosclerosis, hemorrhoids and respiratory diseases and should always be supervised by specialists, was exiled to Semnan prison that is considered as a threat to his health. END_OF_DOCUMENT_TOKEN_TO_BE_REPLACED