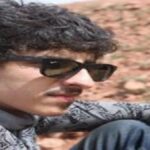 Naghi Mahmoudi, the attorney lawyer, told to HRANA’s reporter: “These two student activists, align with Arash Mohammadi, had been arrested in a gathering in the evening of June 15, 2013 by IRGC and were released after two days, on a 10 million Toman bail”. END_OF_DOCUMENT_TOKEN_TO_BE_REPLACED

Arash Mohammadi’s verdict has been confirmed by the appeal court 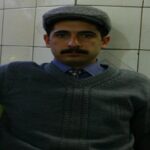 According to the report of Human Rights Activists News Agency in Iran (HRANA), Arash Mohammadi was sentenced to six months of imprisonment on July 10, 2013 by judge Bagherpour in branch 3 of Tabriz revolutionary court on charge of propagating against Islamic regime of Iran with two other student activists.  END_OF_DOCUMENT_TOKEN_TO_BE_REPLACED

Arash Mohammadi is sentenced to 6 months of prison

HRANA News Agency – The third branch of the revolutionary court of Tabriz has sentenced Arash Mohammadi, the leftist arrested student, to 6 months of prison.

Naghi Mahmoudi, the attorney lawyer said to HRANA: “he and two other student activists had been tried on July 10, 2013 in the third branch of the revolutionary court of Tabriz by Judge Bagher Pour on charge of propaganda against the regime.” END_OF_DOCUMENT_TOKEN_TO_BE_REPLACED

The three arrested students in Tabriz were tried

HRANA News Agency – The trial of three arrested student activists in Tabriz has been held on July 10, 2013.

According to a report by Human Rights Activists News Agency (HRANA), the trial of Arash Mohammadi, Amir Nazeri and Afshin Jamshidi was held in branch 3 of Tabriz revolutionary court by judge Bagherpour. END_OF_DOCUMENT_TOKEN_TO_BE_REPLACED