What you will read, is a general report and overview of the situation of the women’s ward of Evin prison, plus an exclusive list of political prisoners, including the duration of their imprisonment and other specifications. END_OF_DOCUMENT_TOKEN_TO_BE_REPLACED 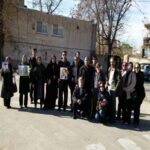 According to the report of Human Rights Activists News Agency in Iran (HRANA), a group of civil society activists, including supporters of “Mohammad Ali Taheri” and relatives of political prisoners who were not sent to the so-called Nowruz furlough, had a sit in in front of Evin prison to begin the new year close to their beloved ones, but some people, including the father of Athena Farghadani and Dr. Farhad Maysami were beaten by the security forces. END_OF_DOCUMENT_TOKEN_TO_BE_REPLACED 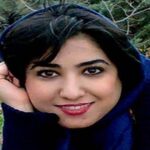 According to the report of Human Rights Activists News Agency in Iran (HRANA), 1161st branch of criminal court of Tehran headed by Majid Sharifzade has exported acquittal of Athena Farghadani and Muhammad Moqimi In the verdict dated 19 October. END_OF_DOCUMENT_TOKEN_TO_BE_REPLACED

Mohammad Moghimi Released on the Bail 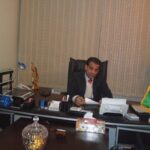 HRANA News Agency – Mohammad Moghimi has been released on the bail from Rajai Shahr prison.

According to the report of Human Rights Activists News Agency in Iran (HRANA), Mohammad Moghimi was released from ward 10 of Rajai Shahr prison on Wednesday 17th June, on the bail of 20 million Tomans. END_OF_DOCUMENT_TOKEN_TO_BE_REPLACED