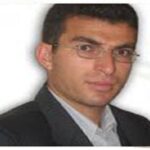 According to the report of Human Rights Activists News Agency (HRANA), Ayat Mehr Ali Beyglu, the Azeri political prisoner, who had started his hunger strike in protest at persecution of political prisoners and their families by rejections of their transfer requests to their home town’s prison, on Tuesday April 15, ended his hunger strike after 37 days, on May 21. END_OF_DOCUMENT_TOKEN_TO_BE_REPLACED

The 5 hunger strikers are in critical condition 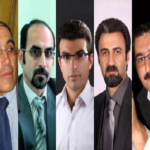 HRANA News Agency – The 5  Yeni GAMOH members who are on hunger strike in Rajai Shahr prison of Karaj are in critical health condition.

According to a report by Human Rights Activists News Agency (HRANA), Mahmoud Fazli, Ayat Mehr Alibeyglou, Latif Hassani, Behboud Gholizade and Shahram Radmehr who had begun hunger strike on July 13 in Tabriz central prison and were exiled to Evin and then Rajai Shahr prison are in critical health condition. END_OF_DOCUMENT_TOKEN_TO_BE_REPLACED 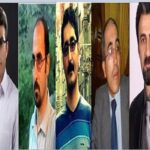