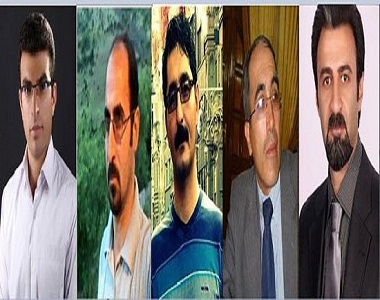 According to a report by Human Rights Activists News Agency (HRANA), after some days of not having any information about them, they have called their families this evening.

An informed source said to HRANA quoting from Zahra Farajzade, Ayat Mehr Ali Beyglu’s wife: “They have talked about the horrible condition of Rajai Shahr prison and being transferred to Tehran. They have been transferred with a van which had no seats and when the prisons of Tehran do not accept them they stay in that van for the whole 2 days without any rest and in this hot weather. After all they were transferred to Evin prison yesterday and from there to Rajai Shahr prison. They will stay tonight in the quarantine and be moved to the public ward tomorrow.”