A Bahai citizen has been arrested in Bandar Abbas 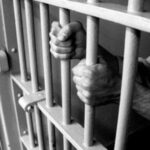 HRANA News Agency – Babak Zeynali, the Bahai citizen who lives in Bandar Abbas has been arrested by the security forces in his home in the evening of April 15, 2013.

According to a report by Human Rights Activists News Agency (HRANA), the intelligence agents not only arrested him but also took his books, CDs and personal laptop with themselves. END_OF_DOCUMENT_TOKEN_TO_BE_REPLACED