More political prisoners have to return to prisons 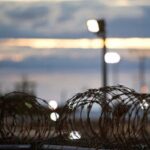 According to a report by Human Rights Activists News Agency (HRANA), Zhila Karamzade Makvandi, one of the peace mothers who had come for vacation last week returned to prison yesterday. END_OF_DOCUMENT_TOKEN_TO_BE_REPLACED 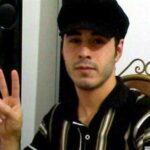 HRANA News Agency – Hossein Ronaghi Maleki, who was in the medical vacation for some months, returned to prison by the order of the persecutor.

According to a report by Human Rights Activists News Agency (HRANA), Hossein Ronaghi Maleki, the human rights activist, blogger and one of the arrested rescues of Sarand Camp, who was arrested after the presidential elections in 2009 and was in the vacation since November 11, 2012 had to return to prison without completing his medical treatment procedure. END_OF_DOCUMENT_TOKEN_TO_BE_REPLACED