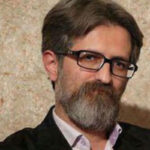 18 Dervishes starving to death; prison warden says “So what?” 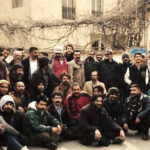 Human Rights Activists News Agency (HRANA) – In the past month alone, eighteen hunger striking Gonabadi Dervish prisoners in Iran have been beaten with batons, tased, and electrically shocked – and now, the prison’s warden has outwardly stated that it is not his concern if they die.

The prisoners were first beaten by prison guards at Great Tehran Penitentiary on August 29th, after they held a sit-in to protest the beating of female members of their religious minority in Gharchak Prison in Tehran’s east. After guards violently broke up the sit-in, 18 Dervishes were transferred to solitary confinement, and all 18 went on hunger strike in protest. To date, they have not had a single meal, or any food at all, in more than 30 days.

When some of their fellow cellmates expressed concerns about the physical conditions of some of the hunger strikers, the prison’s warden, known only as Farzadi, responded thusly: “So what if they die?”

According to Majzooban Noor, a news website that focuses on Dervish issues, the hunger strikers are suffering from vertigo and reduced blood pressure. Specifically, the physical condition of Mojtaba Biranvand has been described as critical. He had previously been sent to a clinic due to severe physical weakness. Refusing to break his hunger strike, he has rejected supplemental injections.

Abbas Dehghan, another hunger striker held in the same penitentiary, has only one kidney and is greatly suffering from the toll the strike has taken on him.

The August 29th attack targeted Dervishes in ward 3 of the prison. Eighteen Dervishes from Section 4 who protested the treatment of their fellow prisoners were also sent to solitary.

The Dervishes demand the end to the house arrest of their spiritual leader, Noor Ali Tabandeh. Their other demands include releasing female dervish prisoners from Gharchak Prison and reuniting all imprisoned dervishes in one single section of the GTP.

All of the Dervishes were arrested in relation to what has become known as the Golestan Haftom incident, named after the street on which it occurred. The incident occurred when a gathering of several hundred Gonabadi Dervishes was violently confronted by Iranian police and plainclothes members of the Revolutionary Guard’s Basij faction outside the residence of their spiritual leader, Noor Ali Tabandeh. The Dervishes had gathered to prevent his possible arrest.

In the violence that followed, hundreds were injured and many arrested. Though Iranian judicial authorities estimate that around 300 people have been arrested in connection with Golestan Haftom, HRANA has thus far published the names of 324 arrestees and estimates that the actual number is considerably higher.qqqgonabado