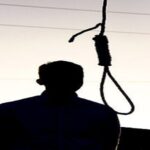 A close source related to HRANA that Jahandar was sentenced to death for homicide and armed robbery after killing someone while holding up a Ferdows jewelry store in 2012. “Jahandar’s brother was sentenced to 15 years in prison for colluding with him on the robbery,” the source added.

Ferdows Prison is in the city of Ferdows in South Khorasan Province. Fewer than 300 people are held in this small prison. Reports of executions here have been rare in recent years.