Clash between security agents and Gonabadi Dervishes in Shiraz 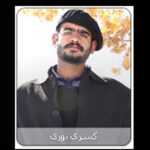 HRANA News Agency – Kasra Nouri the imprisoned Dervish is still on the hunger-strike in the Adel Abad prison of Shiraz.

According to Majzooban website, Kasra Nouri was supposed to get his sentence in the Shiraz revolutionary court but the authorities of the prison prevented him from being transferred to the court and on the other hand gathering of the Dervishes in front of the Shiraz revolutionary court in solidarity with Kasra resulted to the riot and clash. END_OF_DOCUMENT_TOKEN_TO_BE_REPLACED