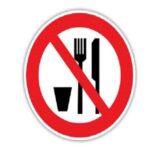 Currently held in Urmia’s Ward 4-3, Ertoghlu has been behind bars for the past nine years on drug-related charges. According to a close source, he has had multiple hospital admissions for various ailments, not least of which was a heart attack.

“Last year, per court order, he gave prison authorities 12 million tomans [approximately $2,800 USD] to cover the fees for his transfer back to Turkey,” a close source said. “Yet despite the consent of Turkish authorities, that transfer never took place.”

Undeterred by his physical distress, old age, and cardiac disease, Ertoghlu is now starving himself in protest.

Ertoghlu initially faced a sentence of life in prison, which was commuted to 24 years in 2017.