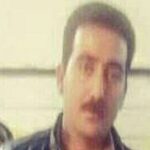 According to the report of Human Rights Activists News Agency in Iran (HRANA), the verdict of a prisoner at Orumieh Central Prison, who had sentenced to death for Baghi (combat with the regime), by the lower court, was referred to another branch after being reviewed by the Supreme Court, for re-examination. END_OF_DOCUMENT_TOKEN_TO_BE_REPLACED