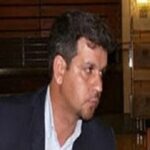 According to the report of Human Rights Activists News Agency (HRANA), Mac Urata the secretary of domestic transport of ITF said, “It is difficult for most of us to imagine enduring the relentless persecution experienced by Reza Shahabi – inhumane and illegal punishment simply for carrying out lawful trade union activities as guaranteed by universally declared international labour standards”. END_OF_DOCUMENT_TOKEN_TO_BE_REPLACED