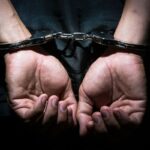 Human Rights Activists News Agency (HRANA)- In the past few days, a number of Ahwazi Arab citizens in the cities of Ahvaz, Susangerd, Shushtar, and Shadegan were arrested by security forces and transferred to undisclosed locations.

They are presumed to have been swept up in an ongoing arrest campaign initiated by authorities after the September 22nd shooting on a military parade in Ahvaz. HRANA previously published a list of 133 detainees in its recent update on this arrest sweep through Khuzestan province.

The most recent arrestees were identified as follows:

A Dismal Prison: a Brief Report on Conditions at Dezful 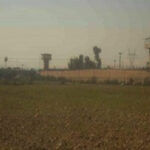 Human Rights Activists News Agency (HRANA) – The gnawing pang of hunger, the festering of dirty sores, and the dread of what might happen if you look at the warden sideways. For the 1,300 people currently detained in Dezful Prison, these are private, everyday torments to which authorities there are less than sympathetic.

Indeed, one of Dezful’s most darkly effective forms of punishment, a former prison functionary told HRANA, is an administration seemingly devoid of humanity. “A while ago, Mr. Postchi, the general manager of the Khuzestan Province Prison system, came in for inspection,” the functionary said. His response to the complaints of malnourished prisoners about the deplorable sleeping conditions? “He told the prisoners, ‘You’re wearing out the beds with how much you eat and sleep.’”

The cruel irony of the system manager’s comments could not be lost on prisoners’ family members, who expressed distress at the nutritional deficits of the Dezful canteen. “For a period of one week, rice was omitted from their diet, and during that time they didn’t even have bread to eat,” one family member said. A former Dezful prisoner elaborated, “the prison food is very low-quality, and the prison store doesn’t even stock bread that the prisoners can buy themselves to stave off their hunger.”

Currently populated at a few hundred inmates above its maximum capacity, Dezful lacks more than adequate food stores. Without a medical professional on site, it packs the medical consultations of its 1300 prisoners into half-hour windows every two days in which medical professionals swing by the prison. Hygienically, conditions are ripe for disease: each ward houses 300 people for every five showers and six toilets, and when night falls ward floors are crowded with the sleeping bodies of those who weren’t lucky enough to get a bed.

According to eyewitness reports, one rare vestige of prisoner autonomy is their power to appease, as best they can, those who have authority to make their bad conditions worse. “No one dares complain in this prison,” the former Dezful prisoner related to HRANA, revealing that the sense of humanity in Ward 6 was particularly tenuous. “If a prisoner disagrees with Ward’s internal administrator [Mr. Daneshyar], he will be beaten by prisoners, who are goaded by the administrator […] then the prisoner will be moved, on Daneshyar’s orders, to another Ward.”

Still, prisoner’s control over their day-to-day fate is ultimately limited: beatings ordered on prisoners because of their legal charges, or even their general disposition, are reportedly routine.

These conditions have driven so many to self-harm that authorities have removed the bathroom mirrors, making shaving difficult, the former inmate said; one more mundane task of self-care that from within the walls of Dezful seems a faraway luxury.

Dezful Prison has nine wards. It is located in Khuzestan Province on the outskirts of Dezful. The current head of the prison is Mr. Azadeh, and his deputy is Mr. Noghrehchi. 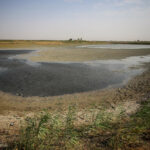 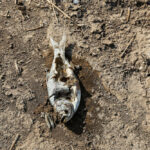 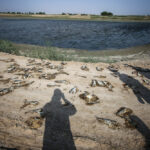 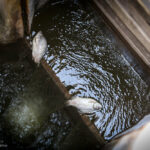 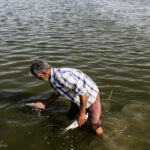 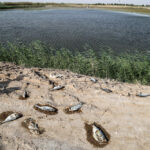