A Christian is sentenced to four years of imprisonment 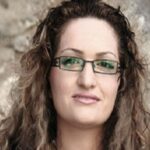 According to the report of Human Rights Activists News Agency in Iran (HRANA), Maryam Naqqash Zargaran has been sentenced to four years of imprisonment on charge of propagating against the Islamic regime, colluding and acting against the national security through establishing the home-churches.  END_OF_DOCUMENT_TOKEN_TO_BE_REPLACED