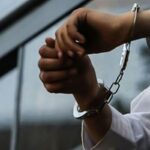 An informed source speculated to HRANA that Namrour, a manufacturer in the Tabriz shoe market, was arrested in anticipation of the shoe market’s upcoming strike. This connection has yet to be confirmed.

Urban bazaars across Iran are the site of increasingly frequent strikes among merchants fed up with the symptoms of the current recession, including an unstable currency exchange, rising prices, and inflation. 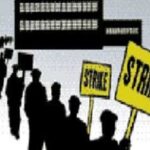 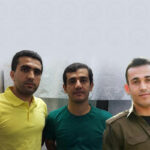 Human Rights Activists News Agency (HRANA) – Kurdish merchants in Iran’s Kurdistan, Kermanshah, and West Azerbaijan provinces have shut down shop and gone on strike, heeding a call from Kurdish activists to organize a rebellion in response to the recent execution of three Kurdish political prisoners.

The Kurdish shop owners began staging strikes September 12th, which have thus far led to the arrest of 16 political and civil activists in the Iranian Kurdish cities of Sanandaj, Marivan, Oshnavieh, Sardasht, and Ravansar. In addition to civic arrests, security forces have responded by spray-painting threats onto shuttered bodegas.

On Tuesday, Labor activist Khaled Hosseini was detained by security forces in Sanandaj–the Iranian city with the largest Kurdish population–along with Mozaffar Salehnia and Mokhtar Zarei, who were arrested one day later. All were transferred to Sanandaj Central Prison with a bail set at approximately $8000 USD (800 million IRR).

Zanyar and Loghman Moradi were put on death row after the Iranian authorities accused them of murdering the son of a Friday prayer leader in Marivan, a charge they have always denied. Censured by human rights organizations from the outset for its shoddy documentation and lack of evidence, the Moradi’s case was still incomplete at the time they were put to death.